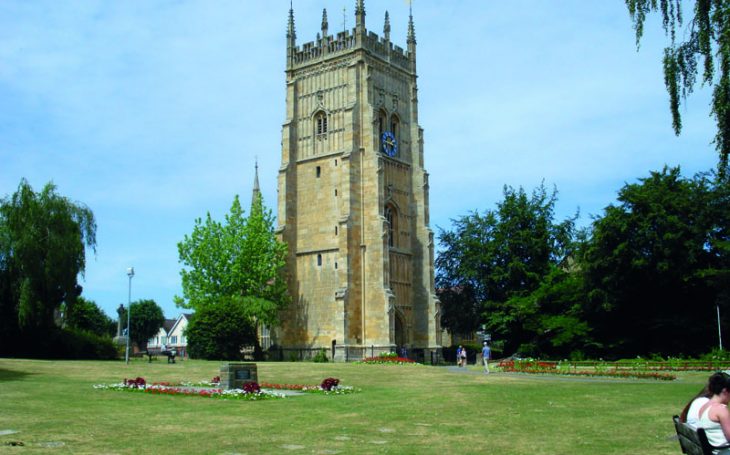 The recently restored tower is situated on a hill at the top of Abbey Gardens, which slopes down to the River Avon.
The iconic symbol of Evesham is the last remnant of Evesham Abbey which was founded around 700 AD.
The abbey became a victim of Henry VIII’s dissolution of the monasteries. The architecture of this detached 16th century tower is simply stunning. and with the tower holding 14 bells, it is reputed to be one of the best rings in the country.